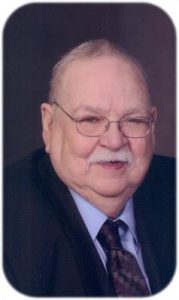 George Curtis Ezra entered the United States Navy on July 3, 1968, in Spring Valley, MN, served during the Vietnam War era and reached the rank of Petty Officer Second Class before being discharged on June 30, 1972 in Great Lakes, IL.

George Curtis Ezra is buried at St. Peter Lutheran Cemetery in Denver, Iowa and can be located at

He was born on September 29, 1943 in Waverly; the son of Frank and Magnolia “Babe” Baskins Curtis. George married Diann Cunningham on June 5, 1965 in Hector, Minnesota.

George worked as an instrumental music teacher in Wykoff, MN, Janesville, IA and then at Denver Community School, retiring in 2002. He served in the U.S. Navy during the Vietnam War.

George was a member of St. Peter Lutheran Church, the Denver American Legion Acker-Matthias Post #653, and the Denver Lions Club. George had been a recipient of a kidney donation and he too, was a donor.