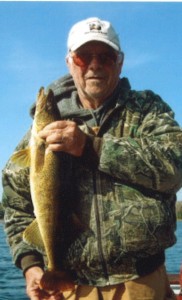 Frederick Ernest Wagner entered the United States Army on August 7, 1963, in Elkader, IA, served during the Vietnam War era and reached the rank of Specialist 4 before being discharged on August 6, 1965 in Fort Polk, LA.

Frederick Ernest Wagner is buried at in Waverly, Iowa and can be located at

Fred was born on July 31, 1940 in Charles City, Iowa, the son of Frank Richard and Beulah Evelyn (Cross) Wagner. Fred grew up in Charles City and moved to Elkader as a junior in high school. After graduating from Elkader High School in 1958, he attended Upper Iowa University.

On August 25, 1962, Fred was united in marriage to Sherillynn Rae Bush. In 1963, Fred entered the United States Army, and served until 1965 when he was honorably discharged. Fred worked for the phone company for 38 years, prior to his retirement in 2001.

Fred wrestled in high school, college, and while serving in the Army; he was an avid fan throughout his life. He also enjoyed gardening, and having coffee with friends. However, he was most passionate about fishing, and spending time with his family.

According to his wishes, Fred’s body has been cremated. A gathering of family and friends will be on Thursday, December 31, 2015, from 2 to 5 pm, at the Tendrils Rooftop Garden in the Waverly Health Center. Memorials may be directed to Cedar Valley Hospice or the Wartburg College Wrestling Program. Online condolences may be left at www.kaisercorson.com. Kaiser-Corson Funeral Home in Waverly is assisting the family. 319-352-1187 – See more at: http://www.kaisercorson.com/obituary/Frederick-E.-Wagner/Waverly-IA/1573939#sthash.oH5ZwpYx.dpuf