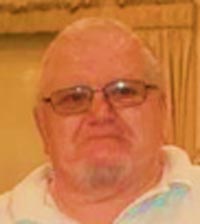 Eugene James Lampe entered the United States Army on February 11, 1963, in Des Moines, IA, served during the Vietnam War era and reached the rank of Specialist Fifth Grade before being discharged on February 10, 1966 in Fort Carson, CO.

Eugene James Lampe is buried at None in Frederika, Iowa and can be located at

Eugene James Lampe, 76, of Frederika, Iowa passed away Saturday, March 9, 2019 as a result of an auto accident.

Eugene was born on November 15, 1942 in Frederika, the son of Clarence August Wilhelm and Rosa (Korte) Lampe. Proudly attended Frederika High School until consolidation with Tripoli High School, graduating in 1960. After school, he worked for his brothers Larry & LaVerne, at Lampe Construction in Sumner before enlisting in the US Army and being stationed in Korea. After service, he returned to work at John Deere in Waterloo for 31 years. Eugene was united in marriage in October 16, 1970 to Marilyn Schmidt, residing in Denver, Iowa.

Eugene was a member of Acker-Matthias Post 653 in Denver, calling BINGO for many years and was honored to serve a term as Commander. He enjoyed bowling, baseball, fishing, playing cards, camping, woodworking, family times and his grandchildren.

A Celebration of Life will be held Thursday, March 14th from 4:00 to 6:00 at Kaiser Corson Funeral Home in Waverly with Pastor Jane Harris of St. John Lutheran Church, Frederika leading a prayer service at 6:00 p.m.