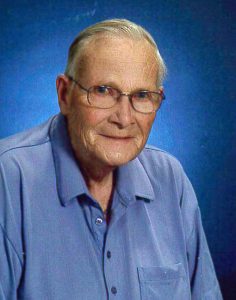 Edwin William Chesnut entered the United States Army on March 14, 1956, in Waverly, IA, served during the Peacetime era and reached the rank of Private before being discharged on August 16, 1956 in Fort Hood, TX.

Edwin William Chesnut is buried at Harlington Cemetery in Waverly, Iowa and can be located at

Edwin was born on January 15, 1936, in Waverly, Iowa, the son of Edwin Oral and Crystal Lu Verne (Wilder) Chesnut. He was baptized in the Methodist Episcopal Church on May 8, 1936, Waverly, Iowa and in 1955, graduated from the Waverly High School. After serving in the United States Army, Ed returned to Waverly where he worked for Hawkeye Industries in Waverly. On July 10, 1959, Ed was united in marriage to Maralyn J. Huffman at the Ionia Congregational Church in Ionia, Iowa. The couple made their home in Waverly. On April 3, 1966, the couple joined Redeemer Lutheran Church in Waverly. Ed attended Wartburg College in Waverly and Gates Business College in Waterloo. From September 1, 1962 to September 15, 1966, he owned and operated a can milk route serving the Amish Community. Ed then became an employee of Carnation/Nestle company on October 24, 1966 until retiring March 13, 1995.

Ed enjoyed working with the youth of the community. He was an Umpire for the Little League Baseball and Coached Sr. League Baseball for many years. Ed started bowling in 1958 and held offices of President, Vice President, City Director, and Secretary of the leagues. He implemented and coached in the Junior Bowling Program for 30 years. Ed was recognized by his peers for 18 years of continuous service as City Secretary for the Waverly Men’s Bowling Association. He received the Meritorious Award and was inducted into the Bowling Hall of Fame in 2002. Ed began coaching the High School Girls Bowling Program in 2002. He served as a volunteer for the Coco Cola Classic Baseball Tournaments and the Waverly Explorer Olympics Chapter. Ed was an active member of the Go-Hawk Booster Club.

Ed enjoyed his home, sports, fishing, traveling, and playing cards with family and friends, but had a passion for putting puzzles together for quiet time. He touched the lives of many people and will be greatly missed.

Ed’s memory is honored by: his wife, Maralyn of Waverly; a step-sister-in-law, Marian Iserman-Brandt of Cedar Falls; a step-niece, Cynthia Conner-Strachota of Lead Hill, Arkansas; and two step-nephews, Mark Conner of Glidden and Rodney Conner of Lake City. Preceding him in death are his parents; a step-brother, Harlan Iserman; a step-sister, Marjorie Iserman Conner and her husband, Doyle Conner.

Visitation will be held on Sunday, November 19, from 2:00 to 4:00 p.m. at the Kaiser-Corson Funeral Home in Waverly. Celebration of life Services will be held at 10:30 a.m. on Monday, November 20, at Redeemer Lutheran Church in Waverly with Pastor Nancy Larson officiating. Burial will follow at Harlington Cemetery in Waverly. Memorials may be directed to Champions Ridge, Retrieving Freedom, Redeemer Lutheran Church, or Waverly Area Veterans Project and online condolences may be left at www.kaisercorson.com. Kaiser-Corson Funeral Home in Waverly assisting the family with arrangements. 319-352-1187