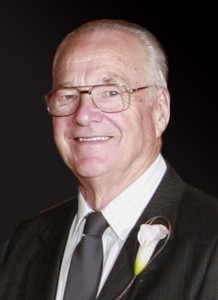 Donald Lloyd Beck entered the United States Air Force on November 23, 1949, in Austin, MN, served during the Korean War era and reached the rank of Airman First Class before being discharged on November 25, 1953 in Duncanville, TX.

Donald Lloyd Beck is buried at in , Iowa and can be located at

Don Beck, 82, of Waverly, Iowa, died peacefully, surrounded by his family on Wednesday evening, February 4, 2015, at the Rehabilitation Center of Allison.

Donald Lloyd Beck was born on September 30, 1932, in Waltham, Minnesota, the son of Earl and Angeline (Severtson) Beck. He was baptized in 1932, in Waltham and confirmed in 1945, at Grace Lutheran Church in Austin, Minnesota. Don attended Austin High School. On November 23, 1949, Don entered the U.S. Air Force during the Korean War as a Radar Operator. He was honorably discharged with the rank of Airman First Class on November 25, 1953. On December 3, 1955, he was united in marriage to Charlene Faye McLaughlin in Manning, Iowa. Don started at Shield Bantam Company in Waverly in March of 1959. Starting as a draftsman, he advanced to service manager. He retired on April 1, 1993, following 34 years of service.

Don was a faithful member of St. Paul’s Lutheran Church in Waverly and also a member of the Amvets Post #79, V.F.W. Post #2208, Waverly Archery Club, and IOMA Pool Association. In his spare time, Don enjoyed hunting, fishing, camping, any activity outdoors, dog training, billiards, wood-working, archery and golf (getting 2 holes-in-one in one year). He was an Iowa State Archery champion and an Iowa Billiards champion. What gave Don the most joy was spending time with his family, his friends and his labradors.

The family will greet friends on Thursday, February 12th from 4:00 p.m. until 7:00 p.m. at the Kaiser-Corson Funeral Home in Waverly. Memorial services will be held on Friday, February 13, 2015, at 11:00 a.m.at St. Paul’s Lutheran Church in Waverly, with Pastor Joyce Sandberg officiating. Don’s body has been cremated. His brain has been donated to the Cure PSP Brain Bank to aid in finding a cause and cure for this rare disease. Memorials may be directed to CurePSP.org (Progressive Supranuclear Palsy, the disease that took Don) or charity of choice. Online condolences for Don’s family may be left at www.kaisercorson.com. Kaiser-Corson Funeral Home in Waverly is assisting the family. 319-352-1187 – See more at: http://www.kaisercorson.com/obituary/Donald-Lloyd-Beck/Waverly-IA/1478660#sthash.09c02h4B.dpuf