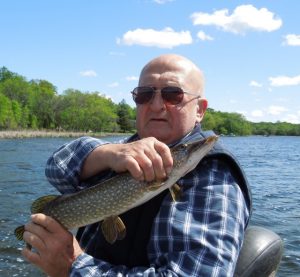 Donald Lee Behrens entered the United States Army on February 1, 1966, in Des Moines, IA, served during the Vietnam War era and reached the rank of Specialist 4 before being discharged on January 31, 1968 in Aberdeen Proving Grounds, MD.

Donald Lee Behrens is buried at Saint Johns Lutheran Cemetery in Sumner, Iowa and can be located at

Funeral services will be held 10:30 a.m. Wednesday, November 16, 2016, at St. Paul’s Lutheran Church in Sumner with Rev. George Volkert officiating. Burial will follow at Lutheran Cemetery of Sumner Township of rural Sumner with military rites conducted by Thomas E. Woods Post #223, American Legion of Sumner. Friends may call from 4:00 to 7:00 p.m. Tuesday, November 15th at Becker-Milnes Funeral Home in Sumner and for one hour preceding services at the church on Wednesday.

Donald Lee, son of Reinhart and Esther (Seehase) Behrens was born November 10, 1946 in Sumner. He was baptized by Rev. Nagler on December 1, 1946, and confirmed by Rev. Kramer April 10, 1960, at St. Paul’s Lutheran Church. Don received his education in the Sumner Schools, graduating from Sumner High School in 1964. He served in the United States Army during the Vietnam conflict and was stationed in Korea. On January 26, 1969, he was united in marriage with JoAnn Bolte by Rev. Kamrath at St. Paul’s Lutheran Church. Don worked for Hydrotile in Nashua before working for Overton Chemical Company for many years prior to retiring due to health concerns in 2005. He was a life long member of St. Paul’s Lutheran Church in Sumner, and was a long time member of the Thomas E. Woods Post # 223, American Legion of Sumner. Don enjoyed fishing and sports of all kinds, but most especially treasured the time spent with his grandchildren.