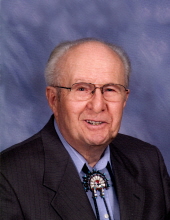 entered the United States Navy on January 6, 1943, in Minneapolis, MN, served during the World War II era and reached the rank of Seaman First Class before being discharged on November 26, 1945 in San Pedro, CA.

is buried at Harlington Cemetery in Waverly, Iowa and can be located at

Donald David Brown, of Waverly, Iowa, died on Friday, February 28, 2020, at 10:35 a.m. at Prelude Homes and Services in Woodbury, Minnesota, where he had been a resident for 80 days. Don died at the age of 99 from heart failure.

Don was born on July 21, 1920, Mt. Vernon Township, Black Hawk County, Iowa, the son of Peter and Inger (Hansen) Brown. Don attended the Denver School system through his sophomore year, graduating from the Waverly High School in 1938. After graduation Don farmed with his parents until he enlisted in the U.S. Navy on September 30, 1942. He attended St. Olaf College while in the service and took pilot training then entered active service on January 6, 1943. Don was a seaman, first class, and ran the forward elevator on the USS Belleau Wood Aircraft carrier in the Pacific during World War II until being honorably discharged on November 26, 1945.

On October 20, 1944, Don was united in marriage to Frances Virginia Pearson in the United Brethren Church in Hudson. Virginia lived in Santa Rosa, California, until Don was discharged from the U.S. Navy. The couple moved back to Iowa, farmed in the Waverly area, and in 1950 took over the family farm in southeast Waverly. Don sold Funks’ G seed corn for more than 30 years while he was farming. Don and Virginia raised three children. Don’s sweetheart Ginny died on October 20, 1982.

On January 20, 1983, Don married Alene (Piland) Luder in Apache Junction, Arizona. The couple wintered in Arizona and made their permanent home in Waverly. In 1991 Don and Alene moved off the farm to a home in town. Alene died on January 21, 2008. Don continued to make his home in Waverly.

Don enjoyed many hobbies and activities in his life. Some of his favorites included fishing in the U.S. and Canada; woodworking; traveling all over the U.S. including Alaska and Hawaii, Canada, Mexico, Nova Scotia, Australia, New Zealand, Denmark, Norway, Sweden, England, Switzerland, France, Spain, Italy, Germany, Caribbean cruises. Don enjoyed dancing, reading and playing cards with family and friends.

Don was preceded in death by his parents; his wives, Virginia and Alene; siblings Harold, Anna Vernita and Stan; and a granddaughter, Brenda Brown.

Celebration of Life services will be held on Friday, March 6, 2020, at 10:30 AM at Trinity United Methodist Church in Waverly, with Pastor Tom Barnard and Pastor Stephen Moore officiating. Visitation will be held at Kaiser-Corson Funeral Home in Waverly on Thursday, March 5, 2020, at 4:30-6:30 PM and a half hour prior to services at the church. Burial will be in the Harlington Cemetery in Waverly with military graveside rites conducted by the Waverly Area Veterans Honor Guard. Memorials may be directed to Trinity Methodist Church or the family. Online condolences for Don’s family may be left at www.kaisercorson.com. Kaiser-Corson Funeral Home in Waverly is assisting the family. (319-352-1187)