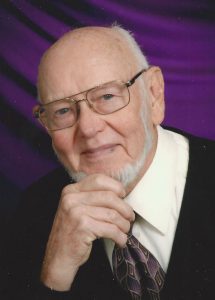 Dickie Ray Nicol entered the United States Army on December 4, 1961, in Des Moines, IA, served during the Peacetime era and reached the rank of Private First Class before being discharged on December 3, 1963 in Fort Benning, GA.

Dickie Ray Nicol is buried at Fairview Cemetery in Denver, Iowa and can be located at

Funeral services will be 10:30 a.m. – Saturday, February 11, 2017, at the First United Methodist Church, Jesup, IA. Military Rites will be conducted by Pump-Scheer American Legion Post 342 of Jesup, IA. Burial will be 1:00 p.m. – Saturday at Fairview Cemetery, Denver, IA. Visitation will be from 4:00 p.m. – 7:00 p.m. – Friday at the White Funeral Home, Jesup, IA and for an hour before services Saturday at the church. Memorials may be directed to the family.

Mr. Nicol was born December 8, 1938, at Denver, IA, the son of Arthur Lynn Nicol and Velma Anna (Konarske) Nicol. He graduated from Denver High School with the class of 1956. He entered the US Army in 1962. On September 5, 1965, he was united in marriage to Iva Jane Mowatt at the Little Brown Church, Nashua, IA. Their first years of marriage were in Denver where he served on the Fire Department. After moving to Jesup he joined the Jesup Fire Department for several years also. He was a member of the First United Methodist Church in Jesup and worked at Hawkeye Metal Spinning for many years. In retirement he worked part time for Hagarty Enterprises in Jesup.

Mr. Nicol is survived by his wife, Iva of Jesup; one son, Tod (Peggy) Nicol of Cedar Falls, IA; one daughter, Tana (Mike) Swyter of Waterloo, IA; and three grandchildren, Jaden Nicol, Peyton Nicol and Kacy Swyter. His parents; one son, Troy; one brother, Edward and one step-grandson, Tyler Swyter preceded him in death.