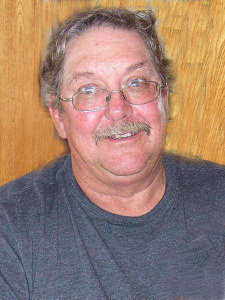 Dennis Wayne “Denny” Albrecht entered the United States Army on December 27, 1968, in Des Moines, IA, served during the Vietnam War era and reached the rank of Specialist before being discharged on December 30, 1969 in Fort Riley, KS.

Dennis Wayne “Denny” Albrecht is buried at Harlington in Waverly, Iowa and can be located at

Denny was born on October 1, 1948, in Waverly, Iowa, the son of Harley W. and Eileen J. (Hennings) Albrecht. He was baptized on November 21, 1948 and confirmed on March 22, 1964 at St. Paul’s Lutheran Church in Waverly. Denny attended the Waverly school system, graduating in 1968 from the Waverly-Shell Rock High School. Following his schooling, Denny entered the U.S. Army on December 27, 1968, during the Vietnam War. Denny served with the 1st Infantry Division and was wounded in 1969. Denny received several decorations and medals including the Purple Heart. Following his honorable discharge on December 30, 1969, he returned back to Waverly. He then attended Hawkeye Institute of Technology where he studied Architectural Drawing. On September 5, 1971, Denny was united in marriage to Marilyn Homeister at St. Paul’s Lutheran Church in Waverly. The couple made their home in Waverly, where Denny farmed and worked for several construction companies including, Carver Lumber Company, Larry Mehmen and Jim Hannan Construction both in Denver, Sun Masonry in Waverly, Modern Builders in Janesville, and worked for a firm in Des Moines before starting his career on December 1985 with Ramker Construction & Supply Company in Waverly, where he took great pride as a finish carpenter. While working at Ramkers, Denny also began farming his parents Century Farm S.E. of Waverly in 1990. Because of ill health, Denny retired in July of 2012.

He was a longtime member of St. Paul’s Lutheran Church in Waverly. In his spare time Denny enjoyed garage sales, antiques, and riding horses. He was a member of the Dairy Spot Trail Riders, serving on their board for several years. Denny really loved spending time with his wife, children and most of all his four grandchildren.

Denny is survived by his loving wife of over 41 year, Marilyn Albrecht of Waverly; his daughter, Heather (David) Torson of Sycamore, Illinois; his son, Tim (Rachel) Albrecht of Waverly, Iowa; four grandchildren, Emmalee and Lillee Torson, Dylan and Victoria Albrecht; one brother, Gary (Carla) Albrecht of Iowa Falls, Iowa; one sister, Nanci (Neal) Schrader of Fairview, Texas. He is also survived by many nieces, nephews, cousins, brothers and sisters-in-law and a host of friends. Denny was preceded in death by his parents, Eileen in 1999 and Harley in 2003.

Celebration of Life services will be held on Monday, June 3, 2013 at 10:00 a.m. at St. Paul’s Lutheran Church in Waverly, with Pastor Curt Schneider officiating. Public visitation will be held on Sunday, June 2nd from 4:00 p.m. until 7:00 p.m. at the Kaiser-Corson Funeral Home in Waverly and also for an hour prior to services on Monday at the church. Burial will be held at a later date at Harlington Cemetery in Waverly, with military honors conducted by the Waverly Area Veterans Honor Guard. Memorials may be directed to the family. Online condolences for Denny’s family may be left at www.kaisercorson.com. Kaiser-Corson Funeral Home in Waverly is assisting the family. 352-1187. – See more at: http://www.kaisercorson.com/obituary/Dennis-W.-Albrecht/Waverly-IA/1213021#sthash.WITuTao7.dpuf