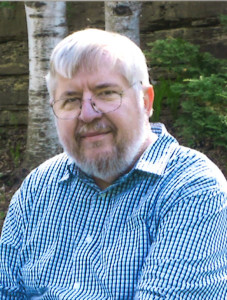 Dennis Craig Westendorf entered the United States Army on November 17, 1971, in Des Moines, IA, served during the Vietnam War era and reached the rank of Specialist Fourth Class before being discharged on November 15, 1973 in Oakland, CA.

Dennis Craig Westendorf is buried at Harlington Cemetery in Waverly, IA, Iowa and can be located at

Dennis Craig Westendorf, 64 passed away on Sunday, November 23rd at the Rehabilitation Center of Allison due to complications of Multiple System Atrophy.

Dennis was born on November 22nd, 1950 in Sumner, Iowa, the son of LaVern and Lorena (Kuker) Westendorf. He was baptized on December 7, 1950 at the Westendorf family home and confirmed at St. Peter Lutheran Church in Oran, Iowa on April 11, 1965. Dennis was united in marriage to Dianne Meyer on September 28, 1974 at St. Paul’s Lutheran Church in Postville, Iowa.

Funeral Services will be held on Saturday, November 29th at 10:30 a.m. at St. Paul’s Lutheran Church in Waverly with Pastor Joyce Sandberg officiating. Burial will follow in the Harlington Cemetery, Waverly with military rites conducted by Waverly Area Veterans Honor Guard. Public visitation will be held from 4:00 p.m. until 7:00 p.m. on Friday, November 28, 2014, at the Kaiser-Corson Funeral Home in Waverly. Memorials may be directed to the family and on-line condolences may be left at www.kaisercorson.com. Kaiser-Corson Funeral Home in Waverly is in charge of arrangements. – See more at: http://www.kaisercorson.com/obituary/Dennis-Craig-Westendorf/Waverly-IA/1454992#sthash.nBppNNhA.dpuf