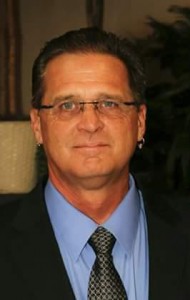 David Howard Shipp entered the United States Marine Corps on July 31, 1975, in Des Moines, IA, served during the Peacetime era and reached the rank of before being discharged on July 30, 1987 in Bremerton, WA.

David Howard Shipp is buried at Willow Lawn Cemetery in Plainfield, Iowa and can be located at

David Howard Shipp entered into the loving arms of Jesus on Wednesday, February 18, 2015 At HCI Bright Kavanagh House. David was born on March 28, 1957 to Marlyn (Howard) and Jim Shipp in Waverly, Iowa.

In his younger years, he loved participating in motor-cross racing and achieved many trophies. David served his country proudly in the U.S. Marines after high school. He worked for many years as a lineman most recently at Mid-American Energy in Des Moines. David enjoyed all things cars – classical, remote control and NASCAR. He was a gun enthusiast. He loved the American Bald Eagle and will be remembered for being a man of faith. He loved his family and will be missed greatly.

He was preceded in death by his mother, Marlyn and his son, Benjamin Shipp.

Memorial contributions may be directed to the American Cancer Society in memory of David.

On-line condolences may be expressed at www.HamiltonsFuneralHome.com