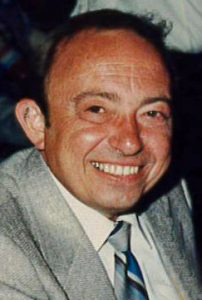 Charles Melbourne Austin entered the United States Army on October 15, 1961, in Waverly, IA, served during the Peacetime era and reached the rank of Specialist Fourth Grade before being discharged on August 14, 1962 in Fort Huachuca, AZ.

Charles Melbourne Austin is buried at Harlington Cemetery in Waverly, Iowa and can be located at

Chuck was born November 24, 1939, in Waverly, Iowa, the son of Melbourne “Mez” and Olive (Beine) Austin. He attended Waverly High School where he became active in the Army Reserves, graduating in 1958. He served in the United States Army for several years before returning to the Waverly area. Upon his return he held several jobs, most notably his start with Shield-Bantam Cranes (Koehring, Terex). While working at Shield-Bantam he completed his business degree at the University of Northern Iowa. As a Manufacturing Engineer for the crane manufacturer, he would travel around the country and world. On August 10, 1971, he was united in marriage to Linda Edgar in Las Vegas, Nevada. The couple made their home in Waverly.

Chuck had a zest for life and lived it to the fullest. He and Linda loved to travel, Chuck would fly friends and family all over the United States in his Beechcraft Musketeer plane, then owned a cabin cruiser that sat on the Mississippi River, then came the RV’s that made their way around the country. In 2011, they purchased a home in Dade City, Florida, where they spent the winters. Chuck was an accomplished bowler and golfer. A computer whiz, Chuck started Computer Pro’s in retirement. He also did taxes and accounting for many people and businesses in the area. If you were lucky enough to be one of 200+ people on Chuck’s e-mail list, you would receive an e-mail every day with a joke attached.

Chuck is survived by his wife, Linda, of Waverly, brother, Richard (Patricia) Austin of Traverse City, Michigan, sister, Mary Jane Austin of Waverly, and several nieces and nephews that were very special to him. He is preceded in death by his parents, Mez and Olive Austin.

A private family Celebration of Life will be held at a later date with inurnment in Harlington Cemetery in Waverly. Memorials may be directed to the Waverly Area Veterans Post. On-line condolences may be left at www.kaisercorson.com.