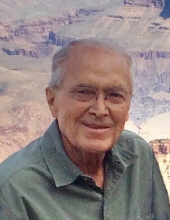 Arthur Clark Simpson entered the United States Army on June 12, 1967, in Des Moines, IA, served during the Vietnam War era and reached the rank of Sergeant before being discharged on March 11, 1970 in Fort Jackson, SC.

Arthur Clark Simpson is buried at at home in Waverly, Iowa and can be located at

Arthur “Art” Clark Simpson, 77, of Waverly, Iowa, passed away in his home on Tuesday evening, October 22, 2019, with his family at his side.

Arthur was born on December 25, 1941, in Waverly, Iowa, the son of Iva Beatrice (Helgerson) and Earl Leroy Simpson. He graduated from Waverly High School in 1961. While working for the City of Waverly, he began his lifelong career in law enforcement by joining the Waverly Police Department in 1964. He later graduated from the Iowa Law Enforcement Academy.

Arthur joined the United States Army on June 12, 1967, serving two tours in Vietnam starting on river patrol and soon being promoted to Military Police Sergeant and APC commander. Upon returning to the United States, he carried out the remainder of his military service in South Carolina as a military investigator and was honorably discharged on March 3, 1970. At the conclusion of his military service, Art returned to Waverly and joined the Bremer County Sheriff’s Department serving as Chief Deputy. At a time when deputies had to provide their own cars, he became well known among local law enforcement for racing other agencies to the incident scene in his white 1971 Pontiac Grand Prix. On May 13, 1972, Arthur was united in marriage to Karen Hankes in Charles City, Iowa. In April 1978, he again joined the Waverly Police Department, accepting the position of Chief of Police, a position he proudly served until his retirement in December 2005.

Art was a member of Trinity United Methodist Church, Waverly Historical Preservation Committee, Waverly Design and Beautification Committee, Waverly Amvets Post #79, VFW Post #2208, Bremer County Peace Officers Association and Iowa Police Chiefs Association. Art was a humble man who had a true love for people and highly valued the friendships he had built throughout his life and career. In law enforcement, helping others was his greatest reward. Art preferred conversation to confrontation and believed in respecting others unconditionally. He was guided by the Golden Rule. He believed in doing what’s right by your family and your job. During his time as the Sheriff Department’s Chief Deputy, he enjoyed traveling the roads of Bremer county getting to know it’s residents. As Waverly’s Police Chief, he cared deeply for his police department staff and enjoyed making his daily rounds to various city offices visiting with the staff there as well. He took a true interest in the lives of those that he came in contact with and went out of his way to bring a smile or laugh to someone’s day. Art took great pride in his hometown of Waverly and its residents.

Art enjoyed a diverse variety of hobbies and interests. He loved history and collected antiques throughout his life. Art was a car enthusiast since childhood and admittedly enjoyed anything with wheels and an engine. He collected art from local artists and loved music from all genres. He enjoyed traveling and at a young age, developed a love for the mountains of Colorado. He enjoyed numerous trips with his family out west over the years lured by the natural beauty of its landscape and wildlife, soaking up the history of the region each time. With a great love for the outdoors, he was a preservationist by nature. Art had a strong appreciation for city, county, state and national parks enjoying them by hiking, bicycling, watching wildlife or simply soaking in the peace and tranquility of nature.

To Art, there was no such thing as a stranger and, after a few minutes of conversation, could spark a connection with nearly anyone. No matter where he went, whether it be a vacation trip, a meal out to eat, a walk around Waverly’s Midwest Horse Sale, or a quick stop at the post office, Art could find something interesting about anyone and make a friend. He was truly interested in people and their stories and valued those relationships to the end.

Arthur is survived by his wife of forty-seven years, Karen; son, Jeff of Prescott, Arizona; brother, James (Vicki) of Elk River, Minnesota; sister-in-law, Doris Simpson; and two brothers-in-law, Dennis (Linda) Hankes and David (Margaret) Hankes. He was preceded in death by his parents; and brothers, Richard, Earl Jr.; and sister, Carolyn in infancy. Arthur Simpson was a loving husband, father, brother and uncle, a loyal friend and a dedicated public servant.

A memorial service will be held at 11:00 a.m. on Monday, October 28, 2019, at Trinity United Methodist Church in Waverly with Pastor Tom Barnard officiating. Military Honors will be conducted by the Waverly Area Veterans Honor Guard. Visitation will be from 3:00 to 5:00 p.m. on Sunday, October 27, 2019, at Kaiser-Corson Funeral Home in Waverly. Memorials may be directed to Cedar Valley Hospice. Kaiser-Corson Funeral Home in Waverly is assisting the family. 319-352-1187