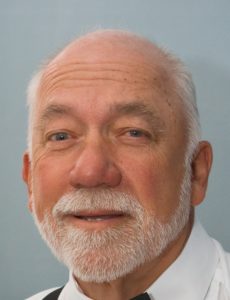 Arlen E. Schwerin entered the United States Army on January 12, 1967, in Des Moines, IA, served during the Vietnam War era and reached the rank of Specialist 3rd Class before being discharged on January 12, 1967 in Fort Hamilton, NY.

Arlen E. Schwerin is buried at St. Johns Lutheran - Spring Fountain Cemetery in Sumner, Iowa and can be located at

Funeral Services will be held 11:00 a.m. Wednesday, September 23, 2015, at St. John Lutheran Church-Spring Fountain of rural Sumner with Rev. George Volkert officiating. Interment will be at Lutheran Cemetery of Sumner Township with military rites by Thomas E. Woods Post #223, American Legion of Sumner. There will be a visitation for one hour prior to services at the church on Wednesday. Memorials may be made in his name to University Lutheran Church, 925 West Jefferson Street, Tallahassee, FL 32304.

Arlen Ernest, son of Lester and Bertha (Buhr) Schwerin, was born January 24, 1941, at the family farm home, rural Sumner, Iowa. He was baptized February of 1941, and confirmed April 3, 1955, at St. John Lutheran Church-Spring Fountain. He received his education at #4 Sumner Rural School and graduated from Sumner High School in May of 1959. He served as president of the Sumner FFA Chapter under Mr. Scott while at Sumner High School, and sang for many weddings in the fifties and sixties. Arlen served with the U.S. Army in Vietnam from January of 1967 to November of 1968. He attended Wartburg College in Waverly and Iowa State University in Ames, graduating in 1970 with a Bachelor of Science in Aerospace Engineering Degree. He was a member of Beta Sigma Psi, Lutheran Fraternity and served as rush chairman in the sixties. Arlen was united in marriage with Gail Strovers in 1975, at the Lutheran Church in Newton, Iowa. They would later divorce. He was an engineer for the U.S. Army Weapons Command at Ft. Monmouth, N.J. from 1975 until retiring in January of 2002. He was a current member of University Lutheran Church, Tallahassee, FL, the Capital Chordsmen, Tallahassee Republican Club, and served as president of the Tallahassee Chapter of the National Federation of the Blind.

Arlen was preceded in death by his parents.