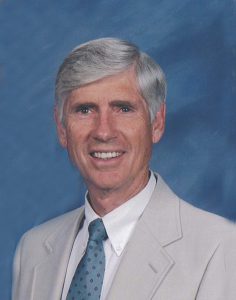 Alvin Fredrick Bahlmann entered the United States Army on August 6, 1953, in Des Moines, IA, served during the Korean War era and reached the rank of Private First Class before being discharged on May 28, 1955 in Fort Sheridan, IL.

Alvin Fredrick Bahlmann is buried at St. Paul's Lutheran Cemetery in Waverly, Iowa and can be located at

Al attended the Butler #6 country school, parochial school at St. Paul’s Lutheran, and graduated from Waverly High School in 1951. He entered Wartburg College and played basketball and ran track. He served his country, drafted into the army after two years at Wartburg, and was assigned to a medical unit as a Dental Assistant stationed in Nurnberg, Germany. While in the service, Al played basketball for the SACom Commander five team. He then returned to Wartburg and graduated in 1957. On June 8, 1957, Al married Jeannette Mae Boicourt, from St. Paul, Minnesota, and the couple settled in Waverly for over 60 years, along with their four children; Craig, Lynnette, Jennifer, and Bruce.

Al worked for CUNA (formerly Lutheran Mutual Life) in Waverly, from 1957 until his retirement. Al served his community as Mayor from 1966-68, and was a member of the City Council, Jaycee’s, and St. Paul’s Lutheran Church. Al’s earthly life was filled with incredible experiences! A renaissance man of sorts, he enjoyed art, books, music, sports, and the great outdoors. Al liked walks in the woods searching for morel mushrooms, duck hunting, fly-fishing, ventures with children and grandchildren, Ragbrai rides, and more. Al was known for being kind, loving, generous, quick-witted, his funny one-liners, and owning every shade of khaki pants. A collector of antique decoys, Al mastered the art of wood carving – ducks, shorebirds, Santa’s, and other figures – giving to family and friends. He and his late wife, Jeannette, were perfect companions for adventure-camping, canoeing, cross country skiing, building homes for Habitat for Humanity, and their many travels throughout the world. The couple reunites in heaven!

Funeral services will be at 11:00 am, on Wednesday, March 28, 2018, at St. Paul’s Lutheran Church and School, with Pastor Arthur Bergren officiating. Burial will follow at St. Paul’s Lutheran Cemetery in Waverly, with Military Honors conducted by the Waverly Area Veterans Honor Guard. Visitation will be on Tuesday, March 27, 2018 at Kaiser-Corson Funeral Home in Waverly from 4:00 to 7:00 pm, and also one hour prior to the service at the church on Wednesday.

A special thank you to the staff at Bartels and Cedar Valley Hospice for their care and compassion. Memorial contributions can be made to St. Paul’s Lutheran Church, Cedar Valley Hospice (Waverly), or charity of your choice. Online condolences may be left at www.kaisercorson.com. Kaiser-Corson Funeral Home in Waverly is assisting the family. 319-352-1187