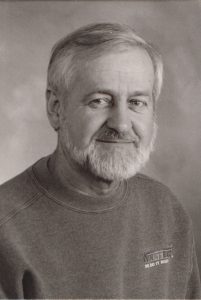 Allen Lee Droste entered the United States Army on May 3, 1962, in Des Moines, IA, served during the Vietnam War era and reached the rank of Private First Class before being discharged on April 23, 1964 in Fort Hamilton, NY.

Allen Lee Droste is buried at Home in Columbus, Iowa and can be located at

Al was born on June 14, 1939, in Waverly, Iowa, the son of Warner Bernard and Florine Grace (Moeller) Droste. He attended the Denver school system, receiving his G.E.D. in 1966. In 1958, Allen began working at John Deere Tractor Works in Waterloo. Allen proudly served his country from 1962 until his honorable discharge in 1964. Following his service, Al returned home and continued to work at John Deere. On December 17, 1966, he was united in marriage to Millie McCallum at Immanuel Lutheran Church in Waterloo, the couple would later divorce. Al retired from John Deere Tractor Engine Works in October 1994, following 36 years of service.

A family conducted memorial service will be held at a later date. Allen’s body has been cremated and there will be no formal visitation. Memorials may be directed to the family C/O Allen’s daughter, Cara Wolfgram Evans, 1301 Della Place, Columbus, Ohio, 43228. Online condolences for Al’s family may be left at www.kaisercorson.com. Kaiser-Corson Funeral Home in Denver is assisting the family. 319-984-5379.