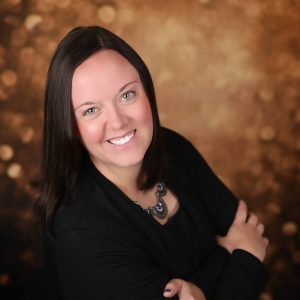 The Commission on Veterans Affairs is responsible for the execution of Iowa Code Chapter 35B concerning Veterans Affairs. Additionally, they formulate policy and establish the annual budget. Each month, they come together with the Veterans Affairs staff to review expenditures, update policies, review state and federal legislation, sign applications to the Iowa Veterans Home and represent the veterans of Bremer County.

According to Iowa Code, “each member of the commission shall be a veteran of a different military action.” A veteran of Operation Iraqi Freedom, Sara will join the two sitting Commission members, Brent Steere and Lyman Campbell, both Vietnam veterans from Waverly.

Sara Stephens, Executive Director of the Waverly Area Veterans Post, replaces Duane Fails who has been a member of the Commission since 1990. He assisted in the development of the Veterans Affairs program when it was little more than a collateral duty in the basement of the courthouse and transitioned the program through multiple Directors and Administrators to the services that exist today. When little more than two hours a week were devoted to veterans benefits, Mr. Fails helped develop a program that now includes a full-time Director, two part-time staff and a budget more suited to meet the needs of our veterans. Additionally and under his leadership, veterans benefits expanded from $1,193,000 in 1996, the earliest data available, to $7,914,000 in 2016, the latest figures available.

“Sara’s perspective as an OIF veteran and a female will be instrumental in the continued transition of our program to meet the needs of our veterans better,” states Neal Jarnagin, Director of Bremer County Veterans Affairs. “Approximately 15% of military personnel are women and continues to grow at a significant rate every year. Like all groups, these veterans need to be appropriately represented throughout the county.”

A long-time resident of Waverly, Sara joined the Army Reserves in 2003 and became a Military Policeman in preparation for a deployment to Iraq in 2004. While at Camp Ashraf, Iraq, she was tasked with guarding Iranian prisoners who had defected to Iraq’s army and were trusted members of Saddam Hussein’s forces. Her deployment was not without incident however and, almost weekly, escape attempts occurred. Ultimately, with Sara’s advanced training and her unit’s complete resolve, not a single detainee would be successful in their attempts. After her deployment, she married Officer Cory Stephens with the Waverly Police Department and a veteran himself. Sara discharged from the Reserves in March, 2010 to spend more quality time with her husband and two children.

Sara worked at CBE Group in Waterloo for several years before being chosen to become the Executive Director of the Waverly Area Veterans Post in Waverly. “I have a servant’s heart,” stated Stephens when discussing her intrinsic need to assist other veterans. “I have big shoes to fill with the Bremer County Veterans Affairs Commission. Mr. Fails served on the Commission for so many years and the veterans of Bremer County have significantly benefited from his leadership. I look forward to continuing the forward progress that Bremer County Veterans Affairs has made and welcome advocating and representing my fellow veterans from all eras.”

Brent Steere, Chairman for the County Commission on Veterans Affairs, remarked, “I look forward to the perspective that Sara has to offer the Commission, especially as an OIF veteran and a female. It’s also great to see a young veteran get involved in their local veterans affairs office when it effects our younger veterans so significantly.”

If you would like to contact Sara when her Commission begins on July 1st, she can be contacted at sarastephenswavp@gmail.com or by phone at (319) 610-8023.